The Westerlies: A Review 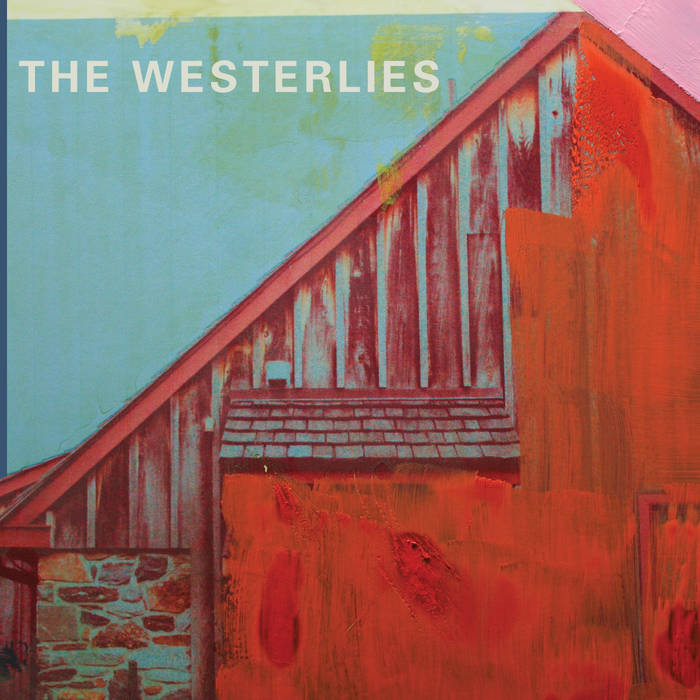 The Westerlies' second album presents a collection of compositions that cannot be pigeonholed or even easily described in terms of genre. Imagine, if you can, music composed with great craft, presenting complex textures and harmonic richness, and performed in a manner that combines traditional brass chamber performance practice with the jazz idiom. Add impressive technique, interesting improvisations, excellent intonation and blend, and astounding soft legato playing, and you begin to have an idea of the sound of this album.

Confession: I somehow missed the Westerlies' arrival on the scene approximately five years ago, and had not heard of them before receiving this recording. Intentionally, I wanted my first experience with the album to be exclusively sonic. I didn't Google. I didn't even look at the cover, and therefore knew nothing about the recording in advance, except that iTunes identified the genre as "jazz."

As I listened to the first track, the jazz designation seemed ill-founded. There was no rhythm section, no swing feel, and no standard jazz form. A Nearer Sun featured a warm brass chorale with an Impressionist quality and a lead trumpet line performed with subtle jazz-like inflections. I waited for the next track to provide clarity.

The ironically titled So So Shy had opening brass punches behind a lean melody, a middle section that evoked the sound of the opening track, a seemingly random half-valve trumpet shake, a brief fortissimo tutti, and some tone colors and effects that made me question whether what I was hearing was completely acoustic or added in post-production. The expected rhythm section still hadn't arrived.

By the midpoint of the first disc, I had recognized the improvisational quality of some melodies, but wasn't exactly sure where the composed melody ended and the improvisation began. I knew I was listening to a brass chamber group with considerable jazz chops, but due to the tonal variety and complexity of the arrangements, I couldn't be certain of the exact instrumentation. Trumpets and trombones, yes, but did I hear a horn? A flugel? Were there five players? More?

As it turned out, there were just four. The self-described "accidental brass quartet," is made up of trumpeters Rily Mulherkar and Zubin Hensler and trombonists Andy Clausen and Willem de Koch. The four initially played in public school jazz ensembles and orchestras of their native Seattle before separately following the westerly winds to New York to continue their musical educations. Once there, their comradery led to the formation of the band. In a 2017 interview, de Koch offered that their instrumentation was coincidental: "Had we been playing guitar and drums and bass, we would have been a rock band...it was more because of the friendship and hometown connection that we formed." (Art Zone: The Westerlies perform A Nearer Sun)

In the same interview he described the group's sound as a "coalescing of diverse musical interests," rather than an attempt to homogenize their individual approaches into a unified brass ensemble sound. The statement helps to explain the great variety of expressive elements employed in their compositions (all but three of the selections are composed by band members), but misleads in suggesting that the combination of their various personal styles has resulted in a disunified sound. Rather, after listening to the album multiple times, I am struck by the consistency of the sound from track to track.

While there are some loud tutti moments within these compositions, the majority of the playing is soft in character, either in volume, articulation, or both. The group frequently employs breathy, squishy articulations, and is able to produce a brass version of the sax subtone. I've sometimes heard the technique used by individual jazz soloists, but can't recall ever hearing a full brass section apply it, much less make it an integral part of their sonic identity. The result is described by album producer Jesse Lewis as "the warmest, most intimate sound imaginable from four brass instruments."

Curiosity eventually led me to YouTube, where I found the Westerlies' live performances of many of the tracks on the album. A quick review yielded the following discoveries:

While the majority of the album doesn't present jazz in a clearly delineated traditional form - head, improvisation, head - improvisational episodes are found throughout these compositions. Multiple recordings of the same title exhibit completely different solos.

While the depth and reverb heard on the album is likely the result of post-production, the other tonal effects are not. Though my ears are occasionally fooled into believing there are flugels and horns, the sounds really are being produced by trumpets and trombones. The suspected electronic enhancement of the trumpet tone in the second track? Aluminum foil loosely wrapped around the trumpet bells. An exception might be found in the final track, All to Ourselves, where a continuous C drone takes on a synth-pad quality which persists without interruption, a trick that isn't matched in the live version where the tone is characteristically brass and necessarily broken for ensemble breaths.

I assumed a group of more than four players based on the technical demands I heard, but these tracks are apparently produced by four players with no overdubs. Watching a performance of Clausen's Rue des Rosiers, I witnessed de Koch perform both the bass downbeat and alto afterbeats of a quick waltz, smoothly negotiating skips of major 10ths and 13ths with no visible difficulty. He performs a similarly impressive bass line on New Berlin, New York, delivering a continuous rapid eighth note ostinato while somehow finding a way to breathe.

Aside from creating a virtual fifth man through technical prowess, the Westerlies' compositions present a variety of tempi, sounds, textures, effects and timbres, including phasing effects borrowed from electronic music and convincingly simulated in an acoustic framework. Their collection of songs is characterized by its diversity, but also by its kinship. Despite being created by four distinct individuals, it would be easy to believe the suggestion that the collection was the work of a single composer.

These interesting compositions are replete with the growls, shakes, bends, scoops, and half-valve murmurs that are found in the experienced jazz musician's bag of tricks. For an example, listen to the first minute of Rue des Rosiers, where it seems the entire bag is emptied by the trumpet soloist. The liberal inclusion of these expressive elements seems natural and entirely appropriate in this piece and most others, but there are a few places in the album where their interjection into an otherwise "legit" brass sound seems random or unnecessary (e.g. half-valve squeezes in Ives' Songs My Mother Taught Me).

I opened this review stating that the group's music can't be easily described. The best I can do is employ the jazz label "fusion," but widen the meaning to include classical, folk, and rock. For a definitive example of this fusion, consider The Shop. The track begins with a warm chorale, then segues to an up-tempo rhythmic romp based on the chorale in which the ensemble employs more-or-less typical "legit" brass sounds and articulations, except for the interjection of odd sotto voce multiple tonguing effects by a trumpet. As the tune continues, jazz phrasing and articulation begin to appear in the lead voices, gradually at first, but eventually converting the chart from its original feel. Andy Clausen's wailing trombone solo appears to announce that the transformation is complete, but the return of the legit theme argues otherwise. Conventional brass performance practice returns in the coda as a cantabile waltz warmly winds down, ending before the expected final cadence.

It is probably safe to assert that this album is unlike any other previously existing recording of brass chamber music. It is not easily apprehended on the first pass, and bears repeated listening. After living with The Westerlies for a month, I am finding new things to appreciate about the recording. There is great musical maturity and depth on display here, produced by relatively young artists. It will be interesting to hear what their collaboration produces in the future.