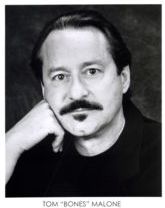 How did you begin in music?

I started on the violin when I was five years old...weekly lessons and kiddy orchestras. I gave up at age ten to play the tuba in the marching band.

Why is music important to you?

Music always interested me for some reason. I remember when my parents purchased their first record player when I was four. I would play "war" with my toy soldiers to 1812 Overture by Tchaikovsky. My mother always encouraged me. Music is all I have ever done.

I play piccolo, flute, alto flute, soprano sax, alto sax, tenor sax, baritone sax, piccolo trumpet, trumpet, flugelhorn, bass trumpet, euphonium, trombone, bass trombone, tuba, electric bass and synth programmer. I play them all professionally. I also arrange music and produce records. I do not practice as much as I should, so I try to get the most out of each hour of practice. There is quite a bit of "carry-over" from one brass instrument to the next. Fifteen minutes on the piccolo trumpet does wonders for the corners of the embouchure which helps all of the wind instruments. I would play much better if I practiced more. Practice is the only way to improve.

What advice can you give to someone wanting to perform on more than one brass instrument with different sized mouthpieces? Is there a "formula" you can use to choose the right mouthpieces for each instrument?

Choose a mouthpiece that works for you. Center your embouchure so that the mouthpiece placements form "concentric rings" (Maynard Ferguson). Do not over blow, and don't play too loud in the upper register of the trumpet. This may cause a "stretching" of the skin of the upper lip that vibrates. This type of damage will affect your ability to play the other brass instruments. Also, do not use extreme pressure of the mouthpiece on the lips.

Breathing is the most important aspect of playing and/or doubling on brass or woodwinds. Most trombone players who attempt to play the trumpet put too much air into the trumpet. The trumpet only requires half the air of the trombone. Conversely, most trumpet players who attempt to play the trombone do not put enough air into the trombone. It took me many years to understand this concept. Similar analogies can be made towards playing the saxophone family, clarinet family and flute family.

My first brass instrument was the tuba. Playing the tuba is a lesson in itself on breathing!

Select a mouthpiece appropriate to the type of sound you want and the register you want to play in. Larger, deeper mouthpieces produce a great sound, but require a powerful embouchure for sound, range and control. I play the Bach 6 1/2 AL mouthpiece on a Bach 16M trombone. This mouthpiece is a little larger than most commercial musicians play, most play 12C mouthpieces and smaller trombones like Bach 12 or King 2B or Conn 6H. The Bach 6 1/2 AL opens up my sound...I only recommend this mouthpiece to trombonists who are willing to put in the time. When I was younger I practiced all the time.

While an undergraduate at North Texas State, you played weekends with Les Elgart, The Supremes, Little Stevie Wonder, Marvin Gaye, The Temptations, and Gladys Knight and the Pips, to name a few. How did you get your "break" into playing with these groups?

My first "big-time" gig was playing lead trumpet with Brenda Lee at a club in Jackson, Mississippi when I was in college in Hattiesburg. The gig was six nights (Monday thru Saturday). I always passed out after playing a big, long high C in the middle of the show, but I always hit the note. I had to hitch-hike back and forth to Jackson every night as I was going to class every day. Every night from 2:00AM to 6:00AM I was waiting on the side of the road for a ride. I spent this time evaluating the music business. The gig paid $16 per night.

I joined the musicians' union in Jackson and started working with local bands up there. Jerry Lane, an older trombone player, was one of these bandleaders. Jerry contracted a big band for a gig in Louisiana led by Warren Covington. The band was billed as The Tommy Dorsey Orchestra. Warren liked the way I played. The next time he needed a band in the Mississippi area he called me to contract. I put together a great band of musicians from Jackson, Hattiesburg, and New Orleans.

The following year I transferred to North Texas State University. Warren continued to use me as a contractor for his band in the Texas-Oklahoma-Lousiana area. Warren gave my name to other big band leaders in New York area who needed bands for gigs down south. I became established as the contractor for North Texas State musicians. A typical gig was in Houston (300 miles away). We would load up four cars with musicians and instruments, drive to the gig, sight-read the charts (no rehearsal) and drive back that night just in time to go to class at 9am. This is how I got myself through college.

Some Motown acts from Detroit got my name from Leon Breeden who was the Lab Band director at North Texas at the time. I put together big horn sections for several mini-tours.

I drove into Dallas twice a week to record radio commercials and station ID's. I played with the Ringling Brothers Circus, Fort Worth Rodeo and Ice Capades while still in college. 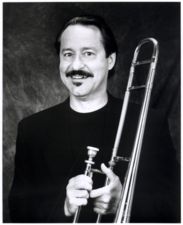 When you were in the Saturday Night Live Band, you met up with John Belushi and Dan Akroyd, and you had a hand in the development of the now famous "Blues Brothers." How did the "Blues Brothers" come to be?

I was arranger for the Saturday Night Live show in the late 1970's. One day I got a call to meet with Danny and John to discuss an arrangement for a comedy skit. Dan & John had a concept of two sleazy musicians who wore ill-fitting black suits and black hats. At Danny's request I did a chart on "Rocket 88" by James Cotton for the Saturday Night Live Band. The band was quite good at that time. Some of the musicians were: Bob Cranshaw on bass (Sonny Rollins, Lee Morgan, Dizzy Gillespie), Alan Rubin playing trumpet, Lou Marini on sax, Howard Johnson on baritone sax & tuba (Gil Evans, Charles Mingus), Steve Jordan playing drums (Kieth Richards), and Paul Shaffer on keyboards.

We rehearsed the band and pitched the idea for the show for several weeks until the skit was finally selected for the show. "Hey, Bartender" was the first chart that made the airwaves. The response was great--letters, cards and phone calls came in. We did another appearance on the show. "Jake & Elwood" got a record deal with Atlantic Records. They decided to form their own band separate from the SNL band. Dan and John selected Marini, Jordan, Schaffer, and myself from the SNL band. Matt Murphy was recommended by the late Doc Pommus, John Belushi's blues guru. I selected Steve Cropper, Duck Dunn, Alan Rubin, and Tom Scott.

Although we have unlimited storage space here at the OTJ, to list all of the names you've been associated with might cause a bandwith crisis! Of all the people you've worked with, is there anyone who "sticks out" in your mind?

Gil Evans was probably the most influential person musically and personally. He was a musical "father" to me (same age as my real father). I worked with him for the last fifteen years of his life. He encouraged me to improvise whatever came to mind. When I tried something adventurous he was the first to compliment me. Gil had his own band from 1936 to 1988 (52 years). His most famous work was perhaps his arrangements for Miles Davis (Sketches of Spain, Miles Ahead, Porgy and Bess, etc.). When Gil was in his seventies he continued to listen to new music and refused to live in the past. He always looked for new young musicians to bring new style and energy to his music.

Who are some of the musicians that have most influenced you as a player and composer/arranger?

You currently perform with the CBS Orchestra on David Letterman's "Late Show." What would be Tom Malone's "Top Ten" rules for being a professional musician. (The non-starving type!)

You never know who you are going to meet, where you might meet them, and where a new contact might lead. See #2 above. If you are called to do a job that you don't really want to do: ask for more money. You can market yourself as either a Pinto or a Mercedes. If you turn down a job always recommend the most qualified person to do it in your place. The employer will remember you for your recommendation. The qualified person will remember you, too.

When you came to Ball State University for a Jazz Festival, we learned that you are quite the computer user. As perhaps one of the busiest musicians in New York, how has technology affected how you organize your life and communicate and interact with the musical world?

Computer literacy is essential for employment in almost any field. I use my computers for e-mail, word processing, faxing, book-keeping, check printing, as well as arranging and sequencing music. I have several laptop computers and a big PowerPC Macintosh home computer. I sometimes keep several on at the same time. One on-line, one to arrange, one to print the chart I just finished, one for backup of the other functions. One is usually running self-diagnostic programs to keep the hard disk healthy and avoid crashes.

I was a beta testor for Overture when it was owned by Opcode Systems.

Tell us about your newest CD, "Soul Bones."

The concept is: traditional R&B rhythm section, trombone melody with seven horns in the background. R&B standards like Groove Me, Mr. Big Stuff, Soulful Strut, Hard To Handle, Knock On Wood, When A Man Loves A Woman, The Weight, plus some more obscure songs in the same style.

The trombone has disappeared as a melody instrument recently. During the 1940's and 1950's Tommy Dorsey and Glenn Miller made the trombone the featured melodic instrument. I am going for a slightly different style.

What are the most important skills a trombonist should learn in order to be successful as a commercial player?

You have been incredibly successful in just about every aspect of the New York music scene: performing, arranging, producing, and composing; which aspect of your professional life you enjoy the most?

I enjoy it all. I feel lucky to have had opportunities presented to me.

With such a rich background and impressive list of accomplishments, what do you see Tom Malone doing in the next five years?

I plan on doing more arranging, producing, and performing as a soloist. Also more clinics. I love working with younger people. Many people from my age group have become bitter and set in their ways. Many have not been able to change with the times. I like younger people who are energetic and willing to learn